Good sports films inspire kids to feel dedication, the desire for victory, and teach them the essential life lessons and skills. Check out these 12 inspiring, compassionate and lively-feel great movies - your athlete will love them! 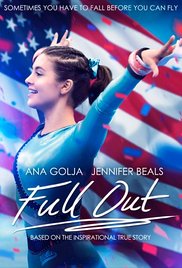 A gymnast comes back from a devastating injury with the help of her inspiring coach in this film based on a true story. Ariana Berlin (Ana Golja), a teenage gymnast and hip-hop dancer, is involved in a serious car accident that threatens to derail her career. She is aided in her recovery, however, by her dedicated coach Val (Jennifer Beals), and ends up making the UCLA women's gymnastics team, and chasing one of her biggest goals. 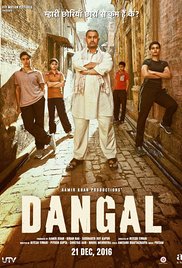 Dangal ('Wrestling') revolves around the extraordinary life of Mahavir Singh, an ex-wrestler who is forced to give up his dreams of winning gold for India in international wrestling due to lack of financial support. When his eldest daughter Geeta, aged 14 and his second daughter Babita, aged 12, bash up a group of boys from the neighborhood during an eve-teasing incident, Mahavir realizes his girls have the same talent he was born with. With hope restored, Mahavir relentlessly pursues his goal of transforming his daughters into world-class wrestlers. 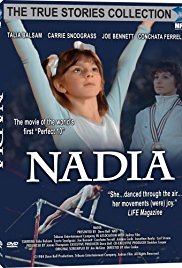 This made-for-television biopic tells the story of phenomenal Rumanian gymnast Nadia Comaneci, a little girl who blew away the judges at the 1976 Summer Olympics by getting an unprecedented series of six perfect scores. Unfortunately, though the games were a dream come true, her subsequent life was a nightmare that culminated in a suicide attempt. Fortunately that was Nadia's lowest point and she was able to make a comeback in time to have a happy ending. 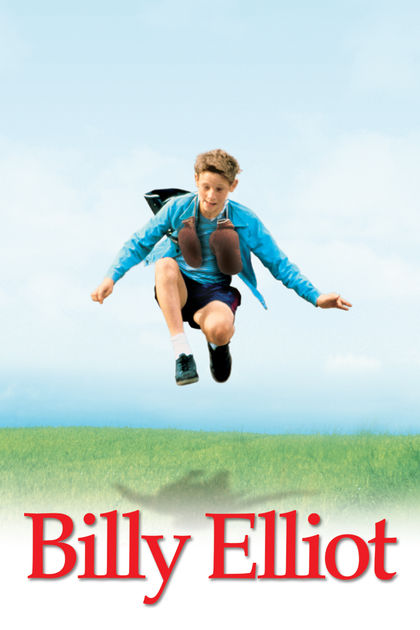 The life of a miner's son in Northern England is forever changed one day when he stumbles upon a ballet class on his way to boxing lessons. Joining the class and keeping it a secret from his widowed father and overbearing brother, 11-year-old Billy finds himself in dance, demonstrating the kind of raw talent seldom seen by the class's exacting instructor, Mrs. Wilkinson. She encourages him to try out for the Royal Ballet. But when his father and brother find out and forbid him to continue, Billy is torn between his responsibility to his family and to the gift with which he has been blessed. His overwhelming desire to dance has become much more to him that simply a means of self-expression. It is his passion and it is his destiny. 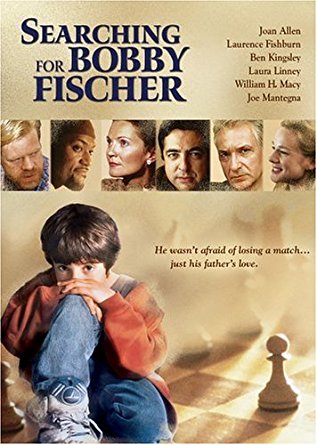 Searching for Bobby Fischer was inspired by the life of chess prodigy Josh Waitzkin, as written by his father Fred Waitzkin. Josh (Max Pomeranc) is a "regular kid" who begins evincing signs of being a genius at chess. His father (Joe Mantegna) encourages this, hoping that it won't fundamentally change his son's healthy outlook on life. But Josh is taken under the wing of cold-blooded chess instructor Bruce Pandolfini (Ben Kingsley), who indoctrinates the boy in the "Bobby Fischer" strategy. Unfortunately, Pandolfini emphasizes all of Fischer's negative traits, especially his contempt for his opponents. Josh is in danger throughout the film of sacrificing his essential decency, but in a rousing conclusion, the boy is able to successfully blend ruthless competition with good sportsmanship. 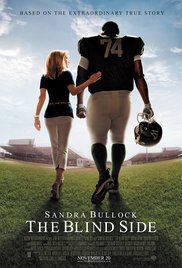 The storyline features Michael Oher, an offensive lineman who was drafted by the Baltimore Ravens of the NFL. The film follows Oher from his impoverished upbringing, through his years at Wingate Christian School (a fictional representation of Briarcrest Christian School in Memphis, Tennessee), his adoption by Sean and Leigh Anne Tuohy, to his position as one of the most highly coveted prospects in college football, then finally becoming a first-round pick of the Ravens. 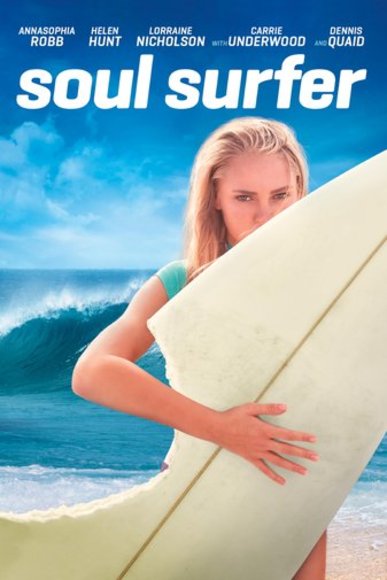 Bethany (Anna Sophia Robb) was born to surf. A natural talent who took to the waves at a young age, she was leading an idyllic life on Kauai, participating in national surf competitions with her best friend Alana (Lorraine Nicholson), when everything changed. On Halloween morning, a 14-foot tiger shark came out of nowhere and seemed to shatter all her dreams. Soul Surfer reveals Bethany's fight to recover from her ordeal and how she grappled with the question of her future. Strengthened by the love of her parents, Tom (Dennis Quaid) and Cheri (Helen Hunt), and supported by her youth group leader Sara (Carrie Underwood), Bethany refuses to give in or give up, and begins a bold return to the water. 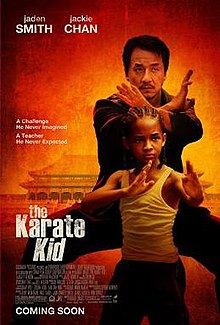 When a 12-year-old from Detroit moves to China with his mother and incurs the wrath of the class bully at his new school, he makes an unlikely ally in the form of his aging maintenance man, a kung fu master who teaches him the secrets to self-defense. A cruel classmate and kung fu prodigy Cheng harasses and humiliates the young outsider in front of the entire school. With no one to turn to for help, Dre confides his fears in kindly maintenance man Mr. Han (Jackie Chan), a kung fu master who knows that serenity and maturity -- not punches and power -- are the true keys to mastering the martial arts. 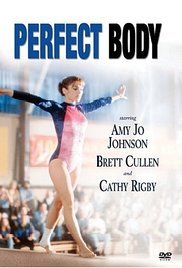 Douglas Barr's drama Perfect Body stars Amy Jo Johnson as an aspiring Olympic gymnast named Andie Burton. Her no-nonsense coach (Brett Cullen) keeps telling her that if she wants to reach her full potential she must keep losing weight. Andie becomes so obsessed with losing weight that her life becomes endangered by her own behavior. The film features Olympian Cathy Rigby. 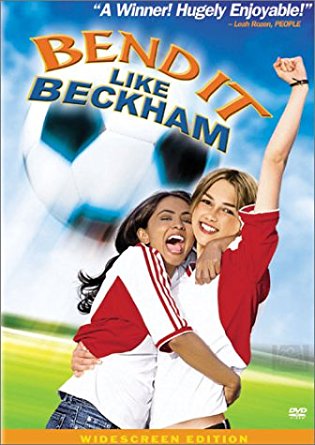 An Indian family in London tries to raise their soccer-playing daughter in a traditional way. Unlike her traditional older sister, Pinky, who is preparing for a lavish Indian wedding and a lifetime of cooking the perfect chapati, Jess dreams of playing soccer professionally, like her hero David Beckham. Wholeheartedly against Jess' unorthodox ambition, her parents eventually reveal that their reservations have more to do with protecting her, than with holding her back. When Jess is forced to make a choice between tradition and her beloved sport, her family must decide whether to let her chase her dream--and a soccer ball--or follow a more orthodox path. 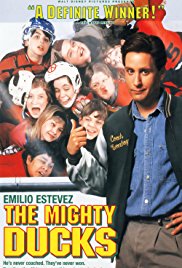 After a Minneapolis lawyer (Emilio Estevez) is sentenced to community service for a drunk-driving conviction, he begins coaching a pee-wee league hockey team made up of misfits and delinquents. Haunted by past shortcomings while on the ice, he tries to coach teamwork on the way to the cup. A big box-office success, The Mighty Ducks eventually spawned a series of sequels during the rest of the '90s. 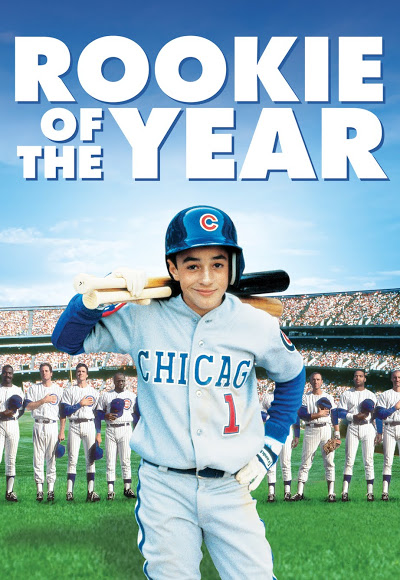 Rookie of the Year is a light-hearted comedy about a 12-year-old baseball fan who, despite his love for the sport, can't play the game at all. During one Little League contest, he breaks his arm. After it heals, it miraculously becomes a super-human arm that can out-pitch any player in the major leagues. The boy joins the Chicago Cubs and helps lead them to the World Series. Though the plot is silly and contrived, it's a pleasant film that is ideal for young sports fans.

View all posts by: ikgymiami